Cherries Are As Sweet As They Taste!

It is that time of year when cherries are in season and abundant in the grocery stores and farmers’ markets.  What is it about these cherries that gives them such a reputation?

Cherries are typically classified as either sweet or tart. The sweet varieties include Bing, Lambert, and Rainier cherries, which in the U.S. are grown mainly in Washington, Oregon, and Idaho. In contrast, tart cherries include the Montmorency and Balaton varieties, which are grown primarily in Michigan.

Cherries are classified as stone fruits and they will continue to ripen post-harvest. The Rainier cherry is a super-sweet, pretty, and sought after cherry. Fans of the Rainier appreciate the firm, finely textured, creamy-yellow flesh and unique golden hued skin with a red blush. The flavor of Rainier cherries is memorably sweet with low acidity and a caramel-like finish on the palate. The sweetness is what keeps people coming back for more.

Rainier cherries originated in 1952 after Harold Fogel and other researchers from the Washington Agriculture Experiment Station in Prosser, WA crossed the Bing and Van red cherry varieties. The fruit was released to the public in 1960. Rainier cherries were named after Mount Rainier, the highest peak in Washington.

The window of opportunity for obtaining Rainiers is short so that sends cherry lovers into a tizzy. California Rainiers are available from mid-May to mid-June and Washington Rainier cherries are available at the end of June through early August.

They tend to be more expensive than other types of cherries because they only make up a small percentage of the cherry crop, and the cherries tend to bruise easily, which means that it can be difficult to ship them. Rainier cherries often have some skin discoloration, slight scuffing, scars, or brown spotting on the skin. This is not a flaw, but actually an extra-sweet sugar spot.

Rainiers can be kept refrigerated for several days before use. Place unwashed cherries in a plastic bag and store in a refrigerator. When you pull cherries from the refrigerator to eat, wash them and let them rest until they come to room temperature to bring out their full flavor.

Fresh cherries can be frozen to extend their storage time, but they will only be good for baking and juicing once frozen. Remember to remove the pit prior to freezing or else the cherries will be infused with an almond-like flavor.

Ways to Enjoy Them

Rainier cherries are best for fresh eating or as an ingredient in salads and desserts such as ice cream, cakes, pastries, and tarts. As a rule, they are too sweet for pie making, although they can be used in jams and preserves.

Rainiers are a nutritional gold mine. One cup of Rainiers only has about 90 calories. Nutritionally speaking, their benefits are well valued: good source of the antioxidant vitamin C and fiber; low in fat, including saturated fat; and sodium- and cholesterol-free. In any meal or snack, a serving of sweet cherries contributes good nutrition to any healthy eating score.

Both sweet and tart cherries contain phenolics, which are naturally occurring compounds found in plants that possess anti-inflammatory and antioxidant properties. Studies have suggested cherries may help to lower serum uric acid levels in the body–high levels of which cause gout. In all, the health benefits of cherries and other fruits cover most of the systems of the human body. The healthy function of the digestive system, the immune system, and the cardiovascular system are all linked to a healthy diet.

So for the reader who was wondering if there was anything healthy about an obsession with Rainier cherries, the word on the stone fruit street is “absolutely.”So eat up and take advantage of the amazing fruits of the season, your body will thank you!! 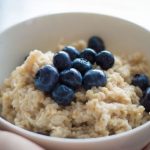 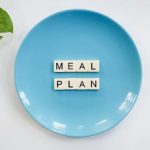 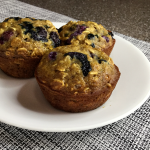 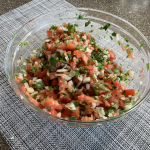 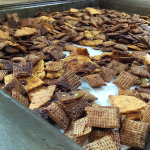 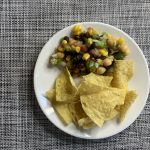 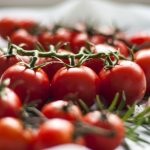 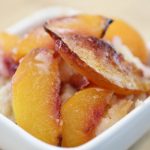